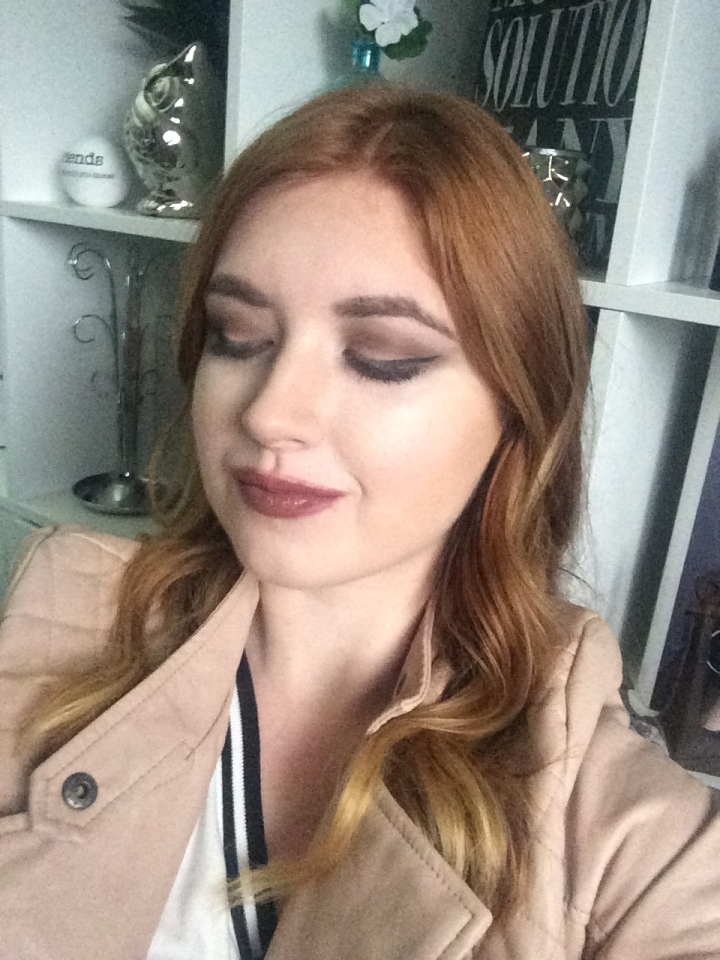 This makeup look is inspired by the ever so famous Kylie Jenner! I choose to do a look that she wears quite often, which is a brown smoky eye with eyeliner, and of course there famous Kardashians contoured and highlighted cheeks. We can’t forget about Kylies ever so talked about lip colour! Which is browns that was a huge trend in the 90s and is officially back! 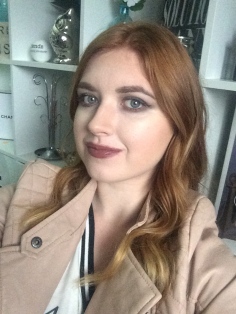 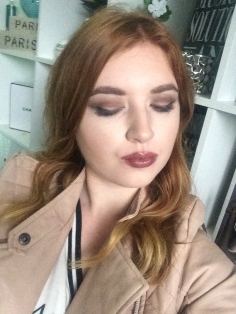 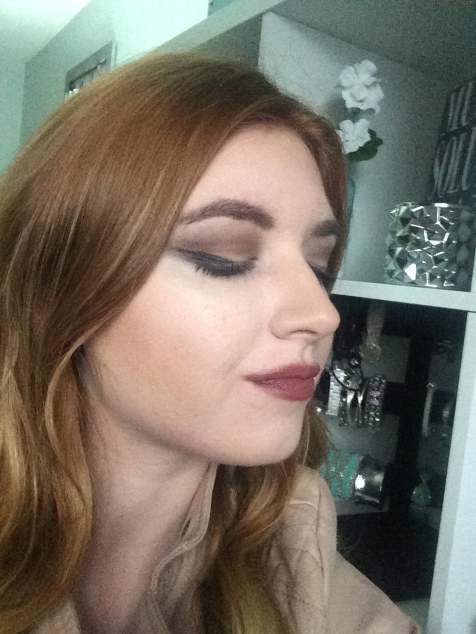 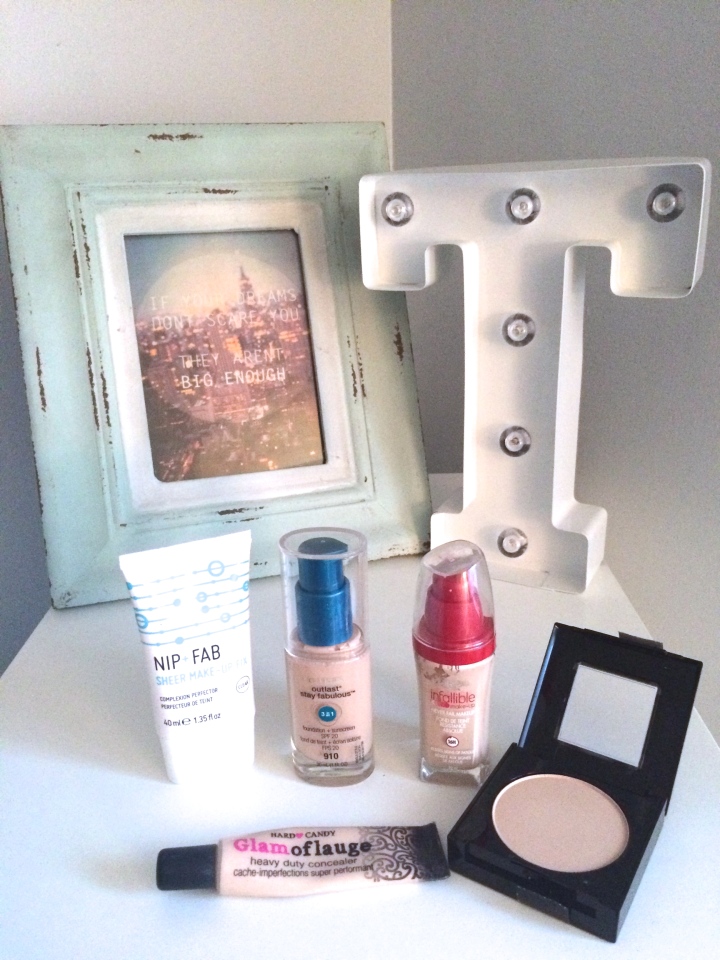 To get flawless like even skin, it’s all about using a primer. The primer I used is by Nip+Fab ‘Skin Corrector’, helping to even out any discolouration. While giving a even base for the foundation, to help  achieve flawless skin similar to Kylie Jenner. The first foundation I used is by CoverGirl ‘3in1’, this foundation is medium to full coverage, build able and blend able! The next foundation I use is L’Oreal ‘Infalliable 16hr Wear’, I chose to use this foundation as well, since it’s very long wearing, and helps with the appearance of fatigue. It’s a no-brainer here, of course the concealer I use is Hard Candy ‘Glam of Lauge’, I can’t rave about this concealer enough, first off its from the drug store, so very adorable, plus it’s very full coverage, it will honestly cover up a tattoo..what?! But that’s not it, I love this concealer as it works great for a highlighter as well! So I used it under the eyes, on the bridge of my nose, forehead and chin.To set everything in place I used, Maybelline ‘Fit Me Pressed Powder’.

Since this look is inspired by Kylie its all about contour! So I use a creme contour by L’Oreal and than set it with one of my favourite contours which is SHISEIDO in ‘Medium 2’. I applied both contours at the cheek bones, temples, hair line and of course at the jaw line and blended down the neck. Applying a creme contour as well just makes the contour more intense and long lasting, if set with a powder contour. Next I also used a cream blush from L’Oreal ‘MagicSmooth Blush’ in ‘Rose’. This blush gives a nice hint of colour on the cheeks, as Kylie tends to stay away from blush colours. However since being so pale, I wanted to have a bit of colour on the face since the contour and highlight was bold! 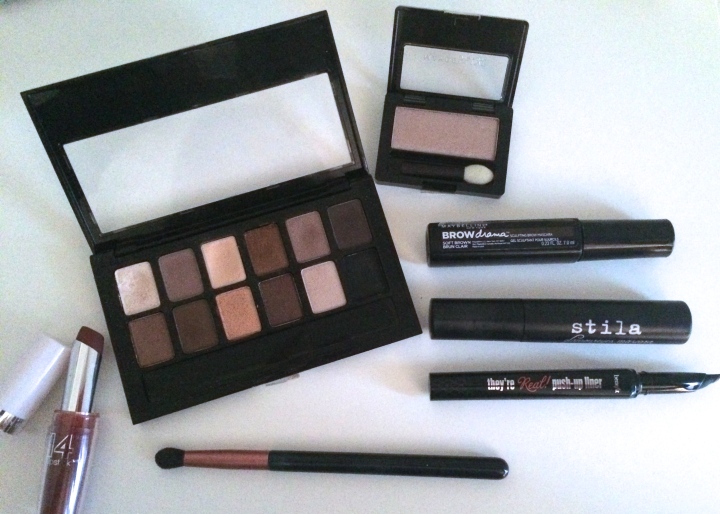 Now onto the eyes, the eyeshadow palette I used is one of my favourites from the drug store which is, Maybelline ‘Nude Palette’, its great as it has varies different nude shades, from matte to satin and even some shimmer. The first shade I used in this pallete, is the creme shade (third shade), which went all over the eyelid and up to the brow bone, creating a base shade. I than mixed two taupe colours one from the pallete (fifth shade in) and Maybelline single shadow in ‘180 Silken Taupe’, this shade is stain with a little bit of shimmer. Those two shades when into the crease to add definition. For the outer corner I used a deep brown (sixth shade in the pallete), this creates a darker look. I also took the two taupe colours and put them on my bottom lash line, this way it balances out the eye.  To complete the eyes I used Benefit “They’re Real Push Up Liner’, to wing out the lash line. As for mascara I used one of my favourites which is Stila ‘Glamoureyes’, creating full thick lashes!

For the brows I took an angle brush and some of the taupe shade to create more shape to the brows and more of an arch. To set them I used Maybelline ‘Brow Drama’, which adds some colour while setting them in place all day!

Its not a complete Kylie Jenner Inspired makeup look with out, the bold lips and nude lip colour! I actually used two lipsticks both from Maybelline ‘Super Stay 14hr Lipstick’ range, the first one is in ‘090 Endless Raisin’ , which is more of a deeper brown than ‘045 Lasting Chestnut’ , which I focused more in the centre of the lip, to give the appearance of fuller lips!

20-something-year-old fashion marketing student, somewhat of a blogger and content creator. Join me on my pathway into the fashion and beauty world!